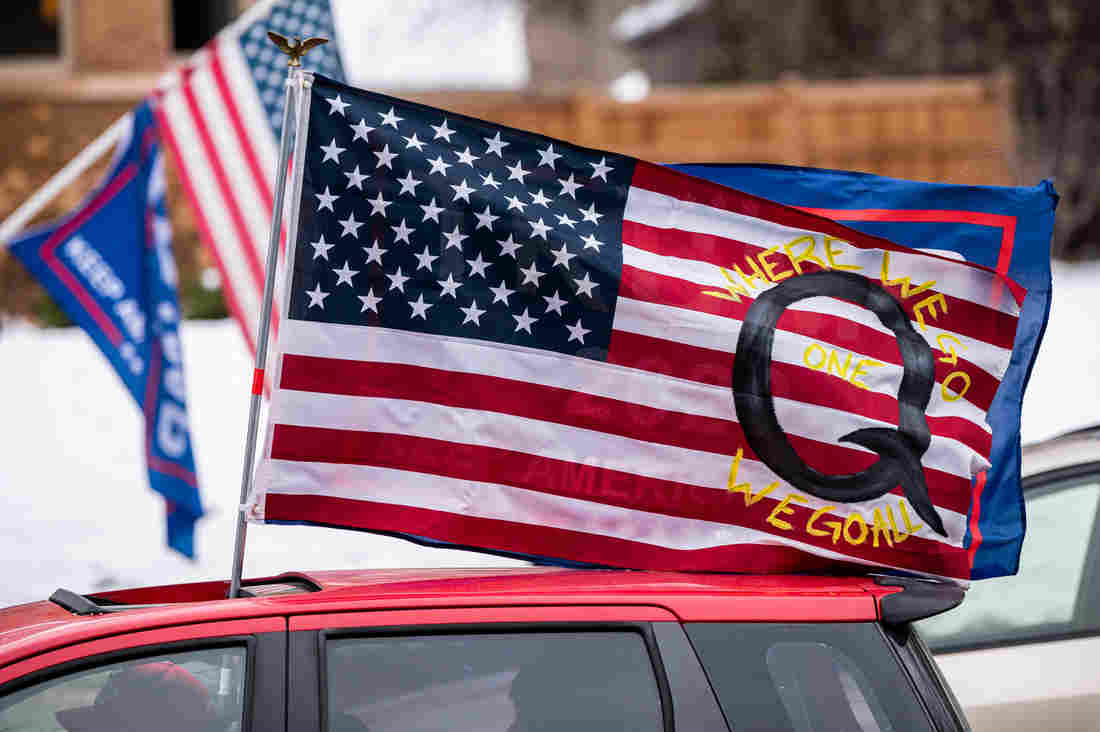 Misinformation about the election and the coronavirus is also gaining a foothold in American society, according to a new NPR/Ipsos poll.

Source: Even If It’s ‘Bonkers,’ Poll Finds Many Believe QAnon And Other Conspiracy Theories

The poll results add to mounting evidence that misinformation is gaining a foothold in American society and that conspiracy theories are going mainstream, especially during the coronavirus pandemic. This has raised concerns about how to get people to believe in a “baseline reality,” said Chris Jackson, a pollster with Ipsos.

You have to somehow square this with the fact that hundreds of mainstream news organizations, Twitter, Facebook, and Google exist — in the presence of pervasive internet access, and nearly ubiquitous ownership of small, networked computers — and put all information online, in realtime, available to everyone. In other words, this is happening when there is the least amount of friction in getting facts into people’s heads than ever before, and one can scarcely imagine making that process any easier.

“Increasingly, people are willing to say and believe stuff that fits in with their view of how the world should be, even if it doesn’t have any basis in reality or fact,” Jackson said.

I don’t think this is particularly new. The desire and the effort to bend the world to one’s own view of it has always been present. It’s the infinite spectrum of information, and the now-essentially-infinite supply of content at any point in that spectrum, that satiates this desire. No matter what you want to believe, you can find enough sources confirming that belief to convince yourself that you have a complete mental picture of the situation. The deluge of cherry-picked information has made it far easier to believe whatever you want to believe, and find support for that, than to try to separate the wheat from the chaff, recognize disinformation, and form an objective opinion based on the most-credible interpretation of the facts.

The term I use is “converge.” You have to keep reading disparate sources until facts converge. And that takes a lot of mental effort. Not only that, but in many examples of high-profile, widely-covered political stories — upon which people will hang their political identities — the stories never converge to form a clear picture of what actually happened. As more and more people report more and more arcane facts and figures about highly-controversial issues, this problem is on-track to get even worse.

A group of Satan-worshipping elites who run a child sex ring are trying to control our politics and media.

The article goes out of its way to highlight absurdity of the question, and disparage anyone who responded “yes” to it. But someone is going to have to help me understand why this question should be considered absurd when someone broke into a highly-secured, solitary-confinement wing of a prison, disabled all of the security cameras, and murdered an extremely well-connected underage-human sex trafficker — to prevent him from naming names at the highest levels of governments all over the world — and then evaded all investigation. If that doesn’t speak to a conspiracy of elites at least indifferent to the running of a child prostitution ring to you, then I don’t know what other events would have to have happened in that chain to flip your opinion on the matter. Those events alone should be enough to substantiate the bulk of the theoretical statement. I mean, is Ipsos’ addition of the “Satan-worshipping” clause supposed to flip the whole statement to the side of absurdity? And right there, we getting into the disinformation and manipulation of the facts that people can point to as the cause of all the societal problems the article is decrying.

UPDATE: I see now, from the Wikipedia article, that the whole “cabal of satan-worshipping cannibalistic pedophiles” thing is the basis of QAnon itself. You’ll have to forgive me if I try to avoid reading too closely on either side of the political divide.