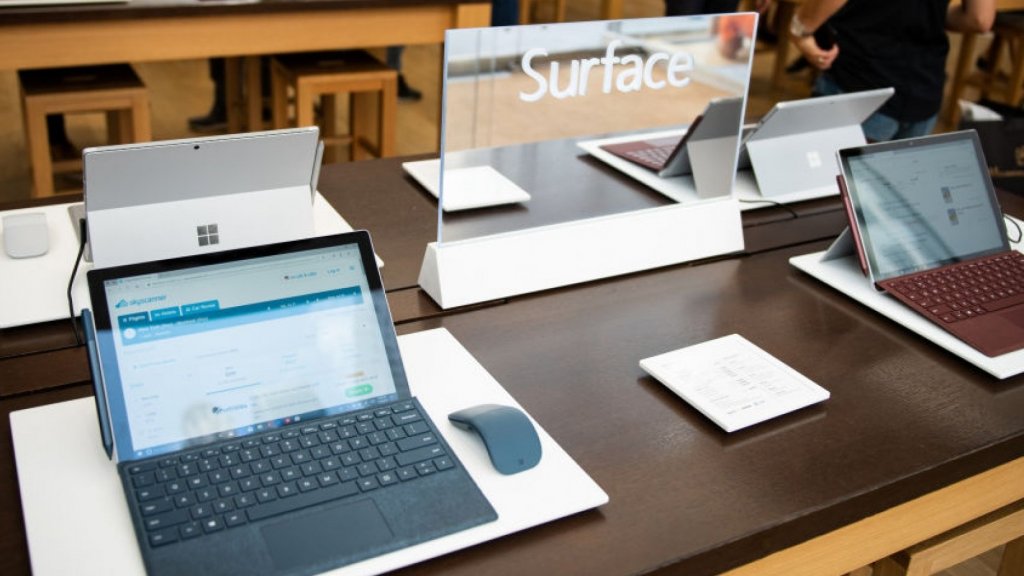 Microsoft made a point of mentioning that price point–since the Surface Pro is cheaper–but it’s worth mentioning that it means the MacBook Pro in question is sporting Apple’s new M1 processor. It raises an interesting question: How do you compare two things that are not at all like each other? And, maybe more importantly, why would you?

Whatever sales figures Microsoft might release about the Surface, they are continuing to struggle to sell these units. How do I know this? Because of jumbled and confusing ads like the one referenced in the article.

The kid in the video complains about not having a stylus or a touchscreen, but you can get both of those things in an iPad. The only reason alluded to in the ad about why you wouldn’t just want buy a tablet in this scenario is “gaming.” LOL WUT? You can’t pay me to believe that people are buying a Surface to play games that you couldn’t play on a MacBook.

Microsoft continues to try to sell people on the idea that the Surface somehow bridges a theoretical gap between a laptop and a tablet, but if that market segment exists, it’s very small. And, when your competition has so completely dominated the tablet end of that spectrum, any effort to wedge a hybrid device into that market gap is going to be difficult at best.

The issues with using a touchscreen while it’s not-horizontal have been beaten to death, and I won’t rehash them here. I know 3 people who have Surfaces, and they seem to like them. But I watch them fumble around with their keyboards as they switch between tasks, and wonder why they put up with it. Microsoft is betting they can make money selling to people who don’t mind living in the usability gap. Maybe they can, but they’ve obviously not created a segment-defining product the way the iPhone and iPad have.

My advice to Microsoft’s advertising department would be to simply sell the devices on their merits. The people who are interested want to live in that “convertibility” space. Market that. Play to that strength. I don’t see it, but there are people who do. Sell to both of them.