Source: Unpopular opinion: Social media is a great scapegoat, but it is not the source o… | Hacker News

I just felt this was a great post, serving to highlight the capriciousness, hypocrisy, and exploitation of kids just trying to get through public eduction. The people who are architecting these policies and curriculums know they have a captive audience. Further, they also know that their only resistance are parents who are too caught up in the adult versions of these same pressures to effectively combat the school boards who are applying them to their kids. Nobody likes being coerced. No one likes being compelled to do things they don’t want to do. Why is so much of society now bent on telling everyone what to do and say and think!? 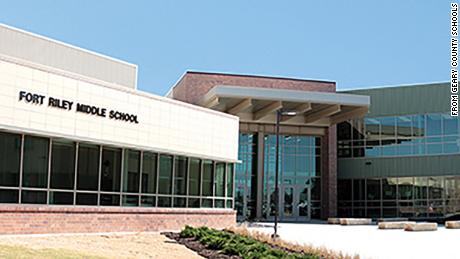 In the lawsuit, she argues that denying requests to allow her to ignore students’ preferred names and pronouns “deprived her of due process and equal protection of law” and violated her First Amendment rights to free speech and exercise of religion.

Source: A Kansas teacher is suing school officials for requiring her to address students by their preferred names, saying the policy violates her religious freedom – CNN

This is essentially the issue that propelled Jordan Petersen to prominence in Canada, and it seems bound for the Supreme Court. Will the Supremes find an interpretation of the First Amendment that can compel people to say things they don’t want to say, under the threat of the police power of the US Federal Government? No matter how desperately much you might want to use the government’s authority to force people to say things you want them to say — about anything; not just transgendered pronouns — the concept seems hard to square with the clear language and intent of the First Amendment. But, hey, Citizens United, so anything could happen these days.

Ricard acknowledges in the suit that despite being told that another student who was listed in school records as female preferred to be addressed by a different name, Ricard called the student “Miss [student’s last name].” Ricard was reminded multiple times to use the student’s preferred name and pronouns, but continued to call the student by their last name only.

That all being said, according to the article, the teacher in question seems to have been deliberately belligerent in addressing the student, and trying to provoke a confrontation. If that’s true, she is… how you say? A jerk. Kids get called by different names all the time. We call our youngest by his middle name, and no teacher has a problem with that.

Like the case of the no-gay-wedding-cakes baker, this case seems to have been specifically engineered to go to court. I guess the people who cheered Amazon and Cloudflare for throwing Parler off their services can thank Masterpiece Cakeshop for establishing the legal affirmation to do so, but I wonder if the people behind Parler would reconsider their (presumed) support of the baker now. I guess we’ll soon find out whether the Supremes will defend the right of individuals in the same way. I don’t see how they couldn’t, but then does the government (school) have the ability to fire her for these shenanigans, even if she has the legal right to do them? We’re probably going to find this out as well…