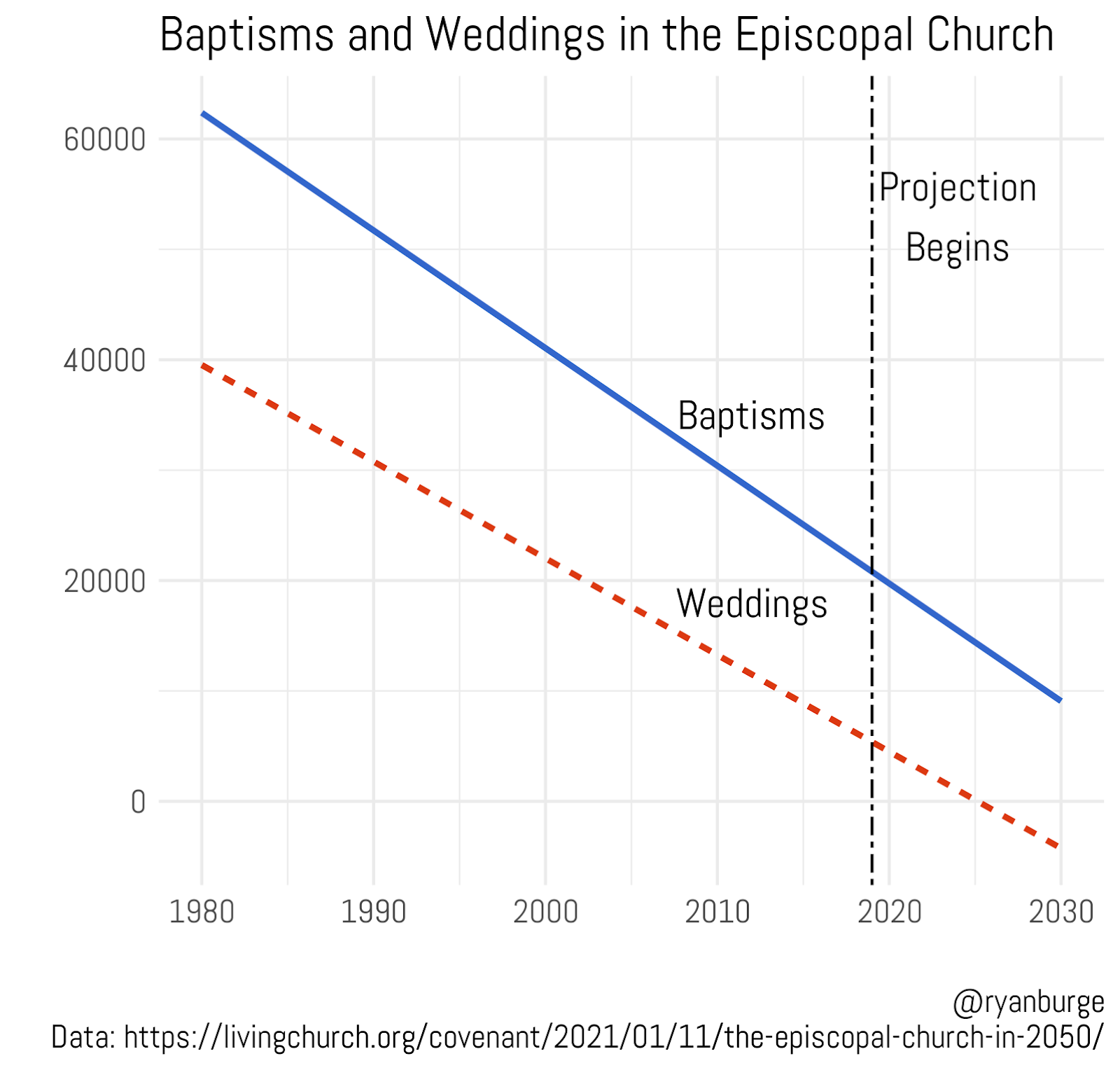 Last November, I wrote a post for Religion in Public with the title, “The Data is Clear – Episcopalians are in Trouble.” In it, I used survey data to paint a portrait of a denomination that was on the brink of collapse. One of the most troubling things about the future of the Episcopal Church is that the average member is incredibly old. The median age of an Episcopalian in 2019 was sixty-nine years old. With life expectancy around 80, we can easily expect at least a third of the current membership of the denomination to be gone in the next fifteen or twenty years. That’s problematic when membership has already been plummeting for decades.

Source: The Death of the Episcopal Church is Near

It’s not just Episcopals. Every mainline protestant denomination in America is facing exactly the same graphical prediction of doom: Methodists, Presbyterian, Baptist, etc. In most cities, these churches are sitting on prime spots in the cityscape. In big cities, they are modern-day castles, occupying entire blocks of downtown. Like I’ve been saying for awhile: in 10 years, there will be a national bonanza on a lot of interesting real estate. I imagine that it’s already begun.