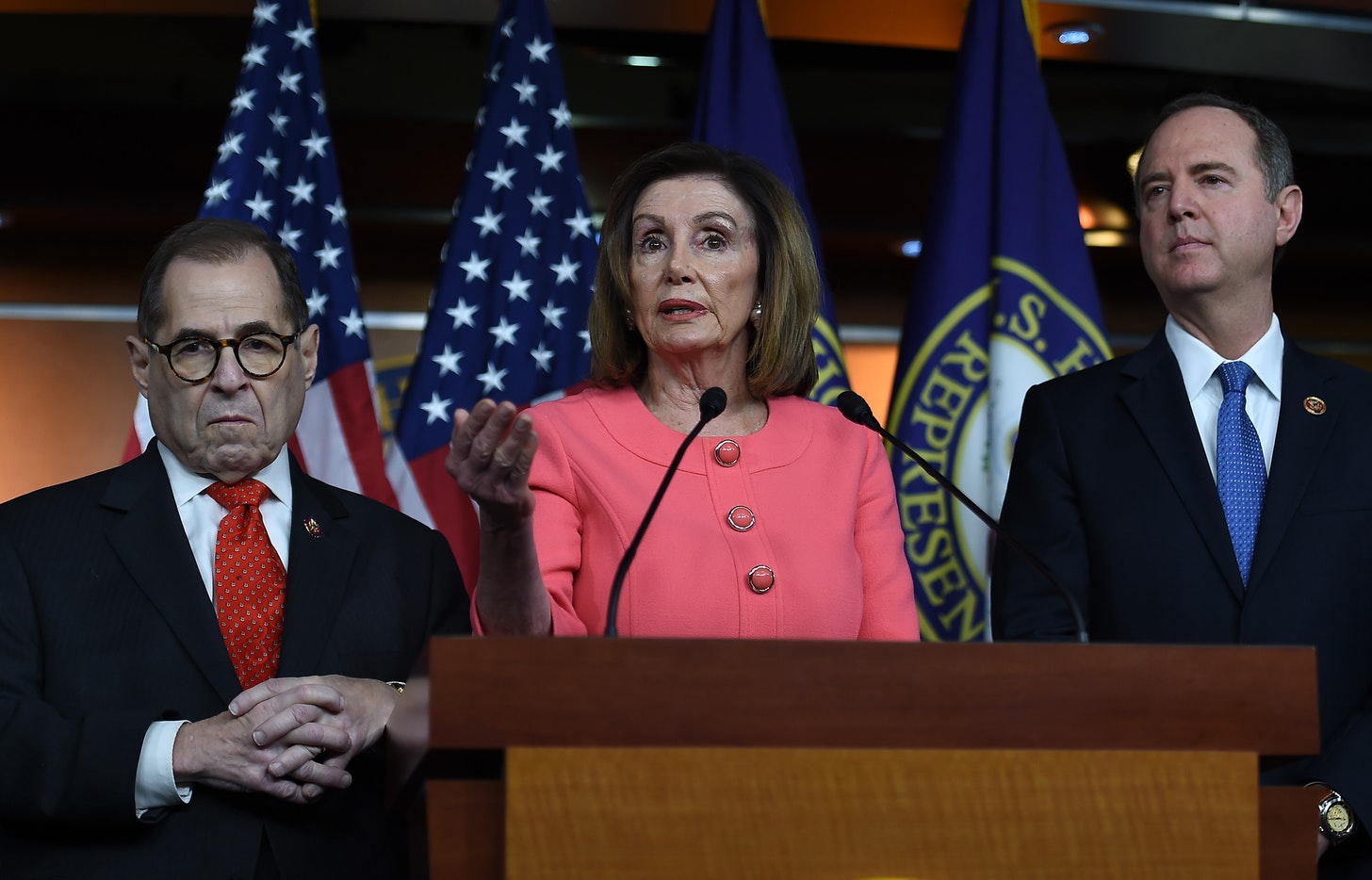 No speculation is needed. Those who wield power are demanding it. The only question is how much opposition they will encounter.

Glenn wrote a long article about how all political speech is going to be painted as “inciting violence,” in order to stifle opposition to whoever is in power. He identifies a lot of historical examples from the left, which we are calling “incitement” today, which people are forgetting.

You don’t need to look any further than the popular reaction to a tweet made by Ted Cruz to see that he was correct: 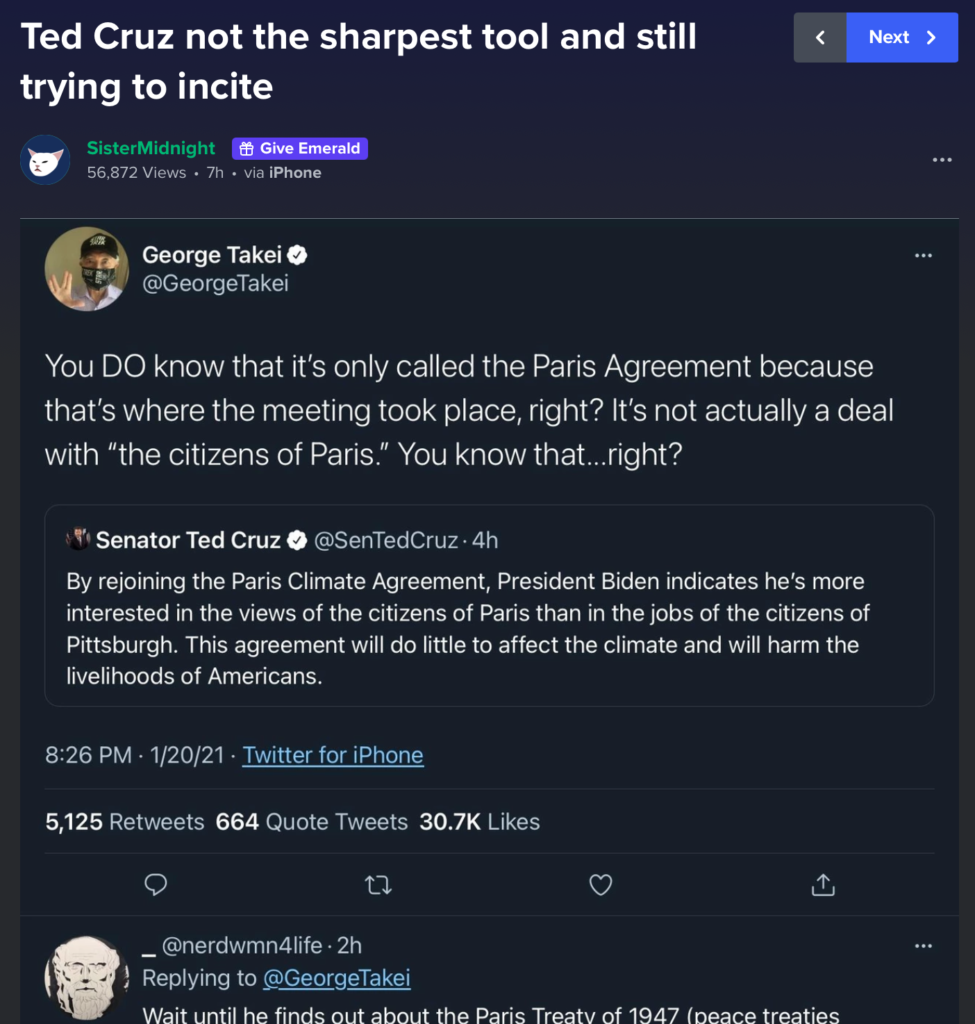 The “hot take” here is that he’s “trying to incite,” and I was provoked into blogging about this because it was the third such hot take I saw on Imgur about this tweet in my doom scrolling. Here’s an elected member of Congress saying the same thing: 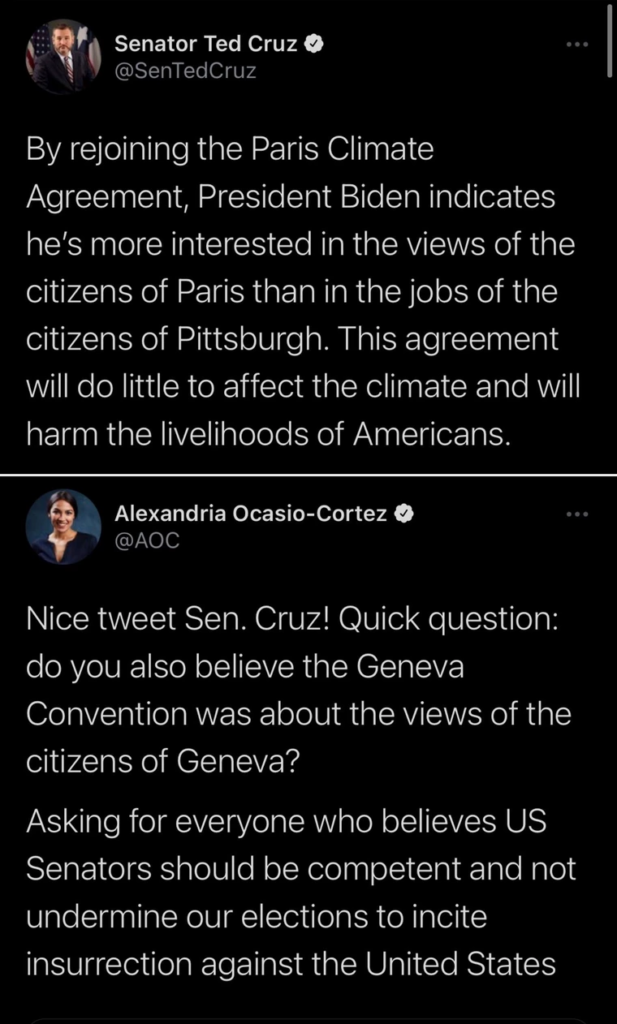 The problem, of course, is that there’s literally and absolutely nothing in Ted Cruz’s tweet that could be construed by a rational, reasonable person as an incitement to violence. The whole thing just proves Greenwald correct, and in record time.

As a followup, here’s The Daily Caller, hosting a former Facebook exec, who is complaining about not being able to control the flow of information, and suggesting that we need to get AT&T, Verizon, and Comcast to block right-wing news sites from their internet service. Regardless of hosting provider, they would simply not be able to reach Americans, because of the regional monopolies on local internet providers, and the duopoly of phone service. 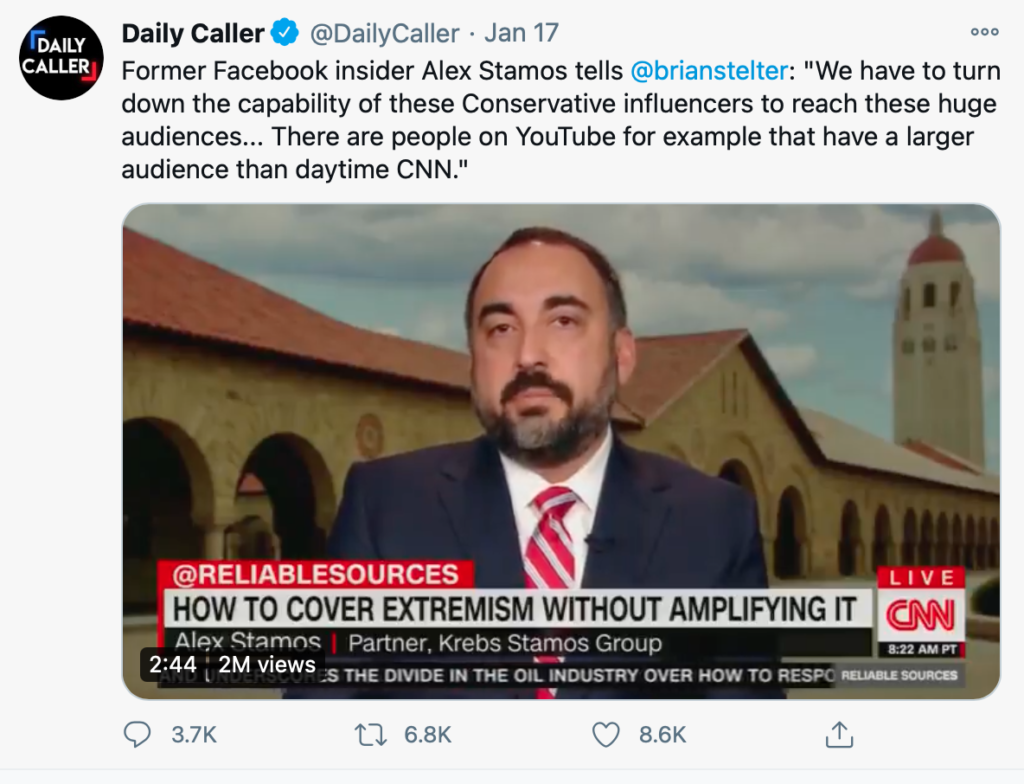