JWZ, the arguably-most-infamous developer of Netscape, has a theory called the CADT: Cascade of Attention Deficit Teenagers. I got an email this morning as another example of the model in action. 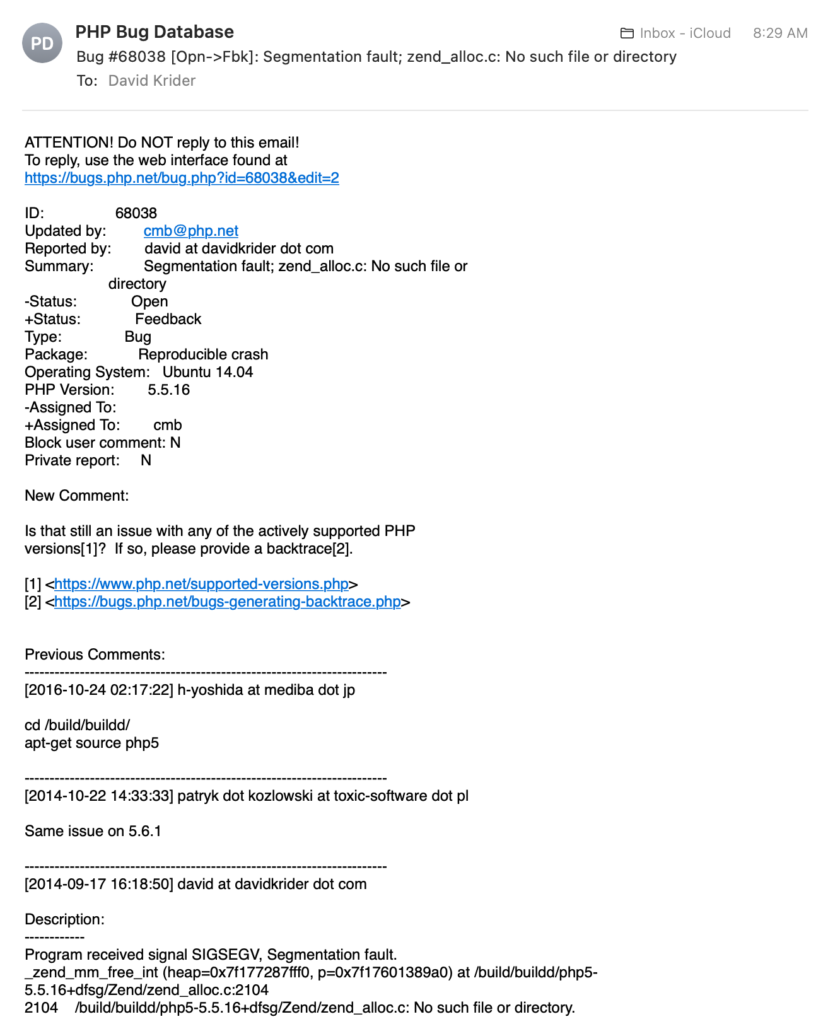 I posted the problem to serverfault.com and opened the bug report. In my opinion, it was a good example of a fully-documented bug, which was easy to replicate. In their bug system, there were 12 “upvotes” of people saying that the bug was affecting them as well. Today, 6 years and 4 months later, the person the bug was assigned to is asking a rhetorical question to document that it’s going to be closed because the version of PHP it applies to is being sunsetted.

I still have no idea why an unavoidable bug in the stock PHP install in a major distribution didn’t cause more of a fuss, but it clearly wasn’t a show stopper. I don’t remember what I did about it as a workaround, but I guess everyone else did it too. I think I just gave up, and decided that I didn’t need a local dev instance of WordPress for this blog.