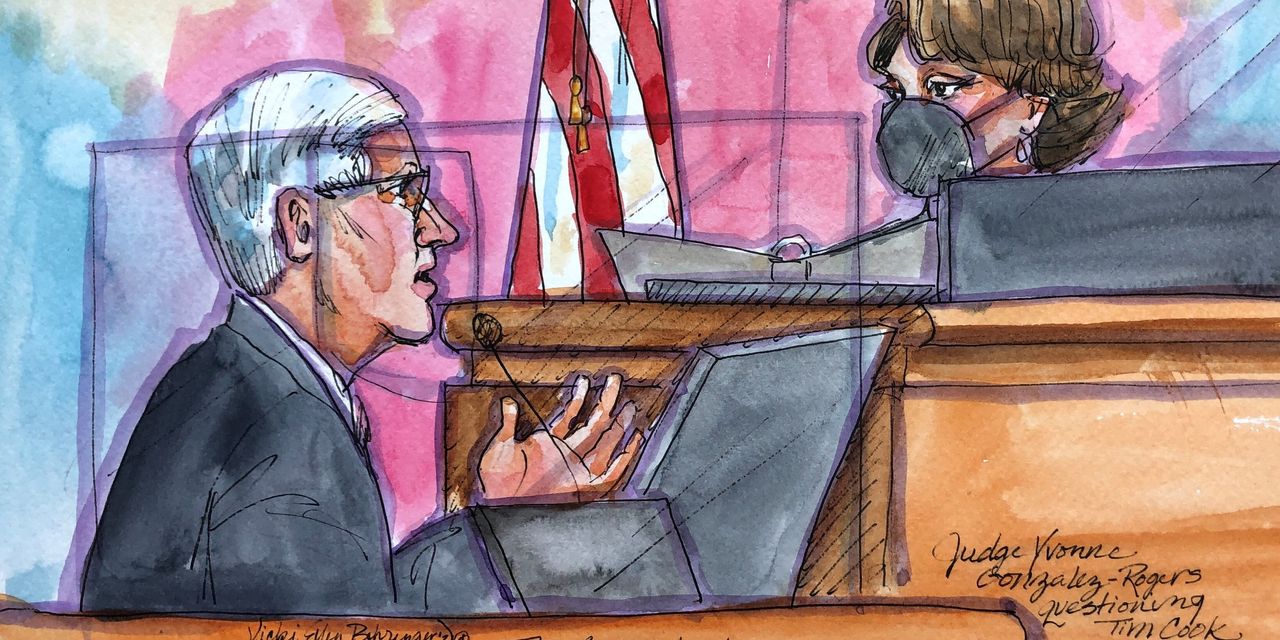 U.S. District Judge Yvonne Gonzalez Rogers will decide if Apple has operated an illegal monopoly, and she’s already made it clear that she is thinking about how previous precedent-setting cases involving AmEx and a St. Louis railroad apply to the new digital economy.

The question of how to define a market in the case is a central issue. Is the market confined to distributing apps on the iPhone as “Fortnite” videogame creator Epic argues? Or, as Apple contends, is the market just devices on which videogames can be played?

No, the real central issue is that we’ve now left one of the biggest decisions about how the world economy should work in this modern day in the hands of one poor judge. It should be Congress that is writing laws to govern how this should work, but they no longer do that. The only thing Congress does any more is play with the tax code at the behest of their biggest campaign donors, and then spend that money on those donors’ interests.

The US had a great run. The post-war boom was unprecedented in world history. Except for the continued disgrace of post-Civil-War race relations, the US established an economy and power the world had never seen before. And then we threw it all in the trash, first by the invisible hands of the military-industrial complex and the deep state, and then by very visible hands of modern-day billionaire robber barons.

The party is over now. There’s nothing special about our government anymore. It’s all been captured by the oligarchs, just like every other government. There’s nothing to distinguish the actual result of our form of governance from any other on the face of the earth. The people running the show do whatever they want, whenever they want, and to whomever they want. Whereas big-J journalism used to hold them accountable, and public pressure forced reforms, now big companies in traditional media (and disinfo efforts in social media) smooth everything over and make it all go away.

As of writing, the scam app “Star Gazer+” is still listed on the App Store with 4.5 star average rating and over 80,000 reviews.

As I keep saying on comment threads all over the internet: you cannot trust any review system. They’re all being gamed. They are worse than useless. They are actively hostile against users. Apple, Google… everyone should immediately take them all down and start over. Congress ought to ban Amazon’s system entirely. Right now. Forever. I’m not even joking. It’s that bad.

I guess I still give some credence to reviews on Steam, but only barely, and only because, when I read them, I’m reading about indie games, which don’t have the kind of money behind them to rent a room full of people in a 3rd-world country for a month to publish thousands of fake reviews.